Triangles, Squares and Pentagons – The Anatomy of a Combustible Dust Hazard 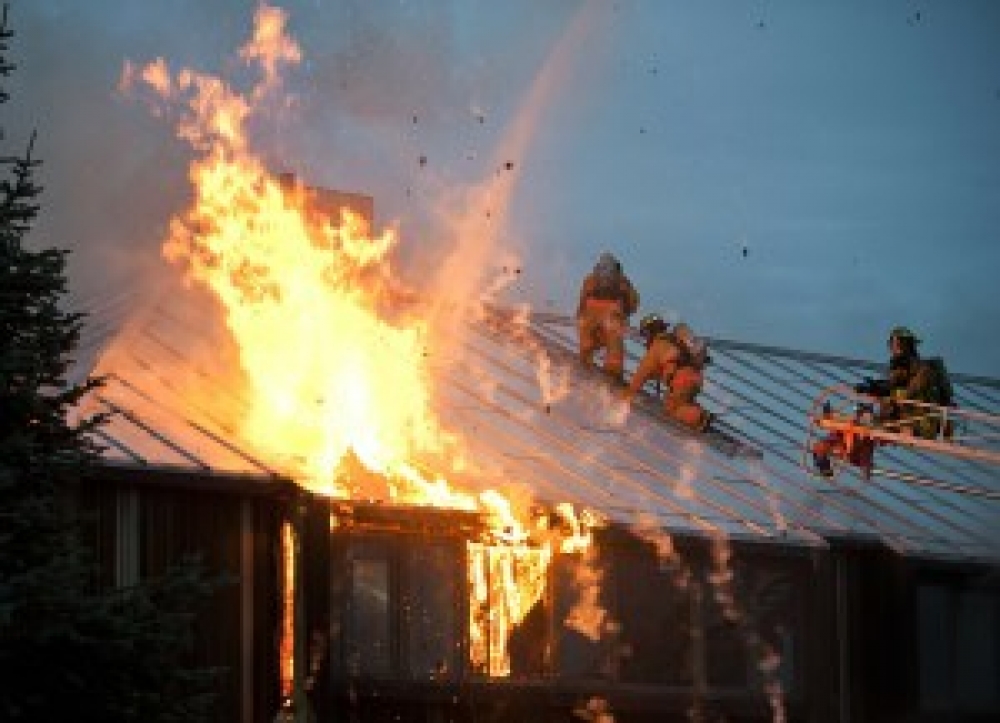 This post gives an overview of the different aspects leading to a combustible dust hazard. It explores the fire triangle, flash-fire square, and explosion pentagon in regards to combustible dust. Other concepts such as smouldering fires, deflagration, and primary/secondary explosions are also explored.

Fire, flash-fire, and explosion hazards must be considered in any industries handling, manufacturing, or transporting combustible dusts. The requirements for different hazards are outlined in the following sections. The fire triangle is the first set of requirements for a combustible dust hazard to exist. It states that fuel, oxidant, and an ignition source must be present for a fire to occur.

In the case of combustible dust, the fuel is the powder or finely divided material and the oxidizing agent (oxidant) is oxygen in air for most industrial applications. Lastly, the ignition source can be direct heat, open flame, friction, sparks, self-combustion, or any other process that adds energy to the system. A dust fire is dangerous on its own as it can destroy property and injure workers. However, the addition of a fourth element, dispersion of the dust, can lead to a flash-fire hazard.

A flash fire is defined by Wikipedia as a “sudden, intense fire caused by ignition of a mixture of air and a disperse flammable substance such as a combustible solid, combustible liquid, or flammable gas”

A flash fire can occur directly by having ignition of an open dust cloud or indirectly by dispersing an ongoing dust fire. Both of these combustible dust hazards have amounted to substantial loss in processing industries and elsewhere. For example, see the Hoeganaes Incident and the New Taipei Water Park Incident for direct flash fires. Indirect flash fires injured several last year including workers and first-responders. An explosion can be thought of as a “violent and destructive shattering or blowing apart of something”. In order to have an explosion, there must confinement of the flame propagating in the dust-air mixture.

Confinement is the final element making up the dust explosion pentagon. With confinement of the propagating flame front, pressure will rise which may cause rupture of the enclosure.

It is important to note that complete confinement (e.g., four walls, floor, and a roof, see textbook of Amyotte) is not necessary for dust explosions to reach destructive pressures. Any confinement can lead to pressure rise, acceleartion of the flame, or pressure piling, which can all increase the explosion violence.

Although the explosion protection approach of venting reduces the amount of confinement, care is needed to size vent panels appropriately to avoid equipment failure.

Several other terms get used frequently to describe combustible dust hazards. These are reviewed in the following sections.

But what about smouldering fires? Are they just a dust fire?

As described in a guest post by Dr. Frank Hedlund, a smouldering fire may occur deep inside a pile of dust or powder. A combination of moisture, catalysts, and/or self-heating, can cause smouldering to occur at very low oxidant levels – much lower than possible for a surface fire.

Smouldering fires can be very dangerous as they may burn for a substantial period before being detected. Furthermore, they can lead to vessel failure. Again dispersing the smouldering dust can lead to a flash fire or explosion.

Both deflagration and detonation refer to propagating reaction fronts in solid, liquid, or gaseous mediums. The difference between the two is the speed of front. In a detonation, the front propagates faster than the speed of sound, while in a deflagration the propagation velocity is lower.

A primary explosion occurs when the dust cloud is ignited by an external source such as heat, sparks, or open flame. This often occurs inside or near running machinery in processing operations.

Secondary explosions occur when a primary gas or dust explosion disperses dust and ignites a secondary explosion. These can be particularly devastating as fugitive dust may be present around the equipment, conveyers, or in building rafters. Proper housekeeping at the facility is of fundamental importance to lower the effects of secondary explosions.

In summary, this post reviewed the anatomy of a combustible dust hazard including the fire triangle, flash-fire square, explosion pentagon, smouldering fires, deflagrations, and primary/secondary explosions.