The danger of dust: How small particles can cause big problems 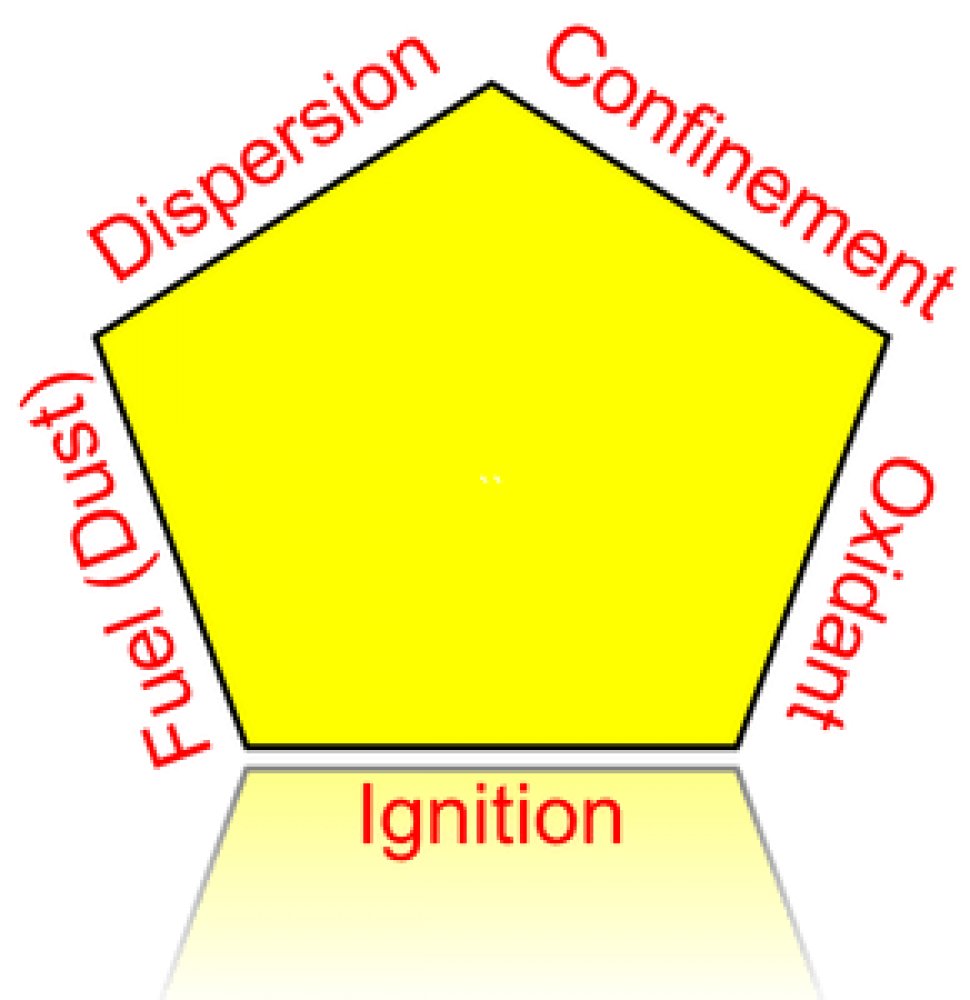 "It was horrible, I guess it's indescribable how insane it was," Flicker said. "I could tell that my skin was flaking off, it was almost like crispy chicken skin."

His condition was so dire that doctors put him into a medically induced coma, saying he had no more than a ten percent chance to live. He was in the coma close to two months, and in the hospital for a total of 159 days. His medical bills reached almost  $2.5 million.

It's all due to a threat that exists in many workplaces across America: combustible dust.

"This is an insidious hazard and I think people need to be continually reminded about the safety challenges and problems with dust," said Vanessa Allen Sutherland from the U.S. Chemical Safety Board.

Kyle was grinding rubber material on a lathe at a manufacturing plant in Blaine when a small fire started. Some embers were sucked into the ventilation system which carries dust particles from the factory to a collection room outside the main building. He went in to make sure nothing was burning there.

"On top of the blower vent there was a small little flame, maybe like the size of a lighter's flame," Kyle recalled.

He got on a ladder and reached up to brush the tiny ember aside, that seemingly harmless action changing the course of his life forever.

The air, heavy with combustible dust, exploded--turning him into a human torch. He was trapped with his back against the door, screaming for his life. A co worker managed to reach in and drag him out.

"I didn't know that this rubber dust was combustible," Kyle said. "I mean if I would've know that I would've never went in that room."

That lack of knowledge, according to the U.S. Chemical Safety Board, is all too common.

There was a time when grain dust explosions were common in this country. Thirty years ago OSHA set new regulations to minimize the risk, but those standards don't apply to other kinds of dust which, under the right conditions, can be a ticking-time bomb.

In 2003, six workers were killed and 38 injured when rubber dust exploded at a pharmaceutical plant in North Carolina. Five years later, 13 people died and 40 were hurt when a dust explosion ripped through a sugar mill in Georgia.

Explosions happen when air mixed with fine particles has a trigger like a spark or flame.

"You don't normally think about that stuff as being flammable but when it's fine little particles and they're suspended, it's real easy to ignite, " fire investigator Jamie Novak said.

Even something like dry coffee creamer can explode under the right conditions.

So when Flicker opened the door to go into that dust collection room, it allowed air to stir up fine particles of rubber.

The ember he tried to remove from a vent provided the spark.

"They have to warn people that these products can explode and burn people alive," said Phil Sief, Kyle's attorney from Robbins Kaplan.

Flicker is now suing five companies that supplied the rubber material he was working with, claiming they had reason to know of the explosive dust danger but didn’t offer any kind of warning.

He's been unable to return to work and spends many of his days in physical therapy. Flicker does exercises to combat the stiffness that comes from the dozens of skin grafts he's received. Simple things like holding a tooth brush is a challenge, but he's determined to move past the nightmare.

"They predicted I was going to be an inpatient for a year,” he said. “I got discharged early, so I guess I do one thing well and that's healing."

Flicker is not suing his employer, because he says they were unaware that rubber dust could be explosive, but the company was fined $7,000 by OSHA for not having an adequate venting system to control the explosive hazard.