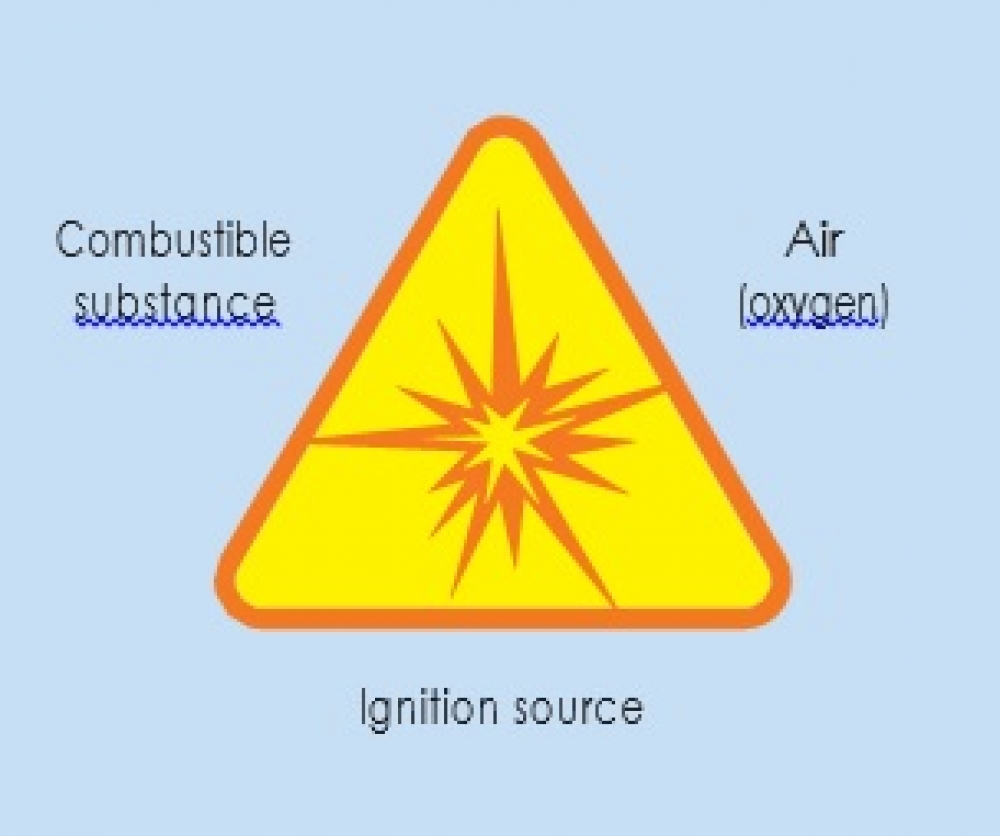 An explosion is the sudden chemical reaction of a combustible substance with oxygen, resulting in the release of a high amount of energy. An explosion can only occur when three factors are present at the same time (see Fig. 1)

Figure 1: An explosion can only occur when these three factors coincide.

Combustible substances may be present in the form of gases, mists, vapours or dusts. Safety-relevant parameters need to be considered to characterise hazard potentials.

Explosive atmospheres contain a mixture of air and combus- tible gases, vapours, mists or dust in atmospheric conditions in which after ignition the combustion process spreads to the

entire unburned mixture. In general, the atmospheric conditions are deemed to be ambient temperatures of -20 °C to +60 °C, a pressure range of 0.8 bar to 1.1 bar and an oxygen content of 21% in the air. To form an explosive atmosphere, the combustible substance must be present in a certain concentration (see Fig. 2). In the case of insufficient concentrations (lean mixture) or excessive concentrations (rich mixture) no explosion takes place, but a stationary or non-combustive reaction. It is only in the range between the lower (LEL) and upper (UEL) explosive limits that the mixture reacts explosively when ignited. The explosive limits depend on the ambient pressure and the percentage of oxygen in the air (see Table 2). In order to prevent ignition of a hazardous explosive atmos- phere, all potential sources of ignitions must be identified and safeguarded to make them nonthreatening. Ignition of an explosive atmosphere may, for instance, be caused by the following sources:

The supply of a specific amount of energy is required to ignite a potentially explosive atmosphere. Minimum ignition energy is the term applied to the minimum amount of energy, for instance when discharging a capacitor, which is just sufficient to ignite the respective combustible mixture. The minimum ignition energy is in the area of 10-5 joules for hydrogen and up to a few joules for certain dusts.

Primary explosion protection covers all measures that prevent the occurrence of a hazardous explosive atmosphere – for prevention is always better than protection. These precautions should therefore always be implemented first. The following protection measures can be adopted:

If the occurrence of a hazardous explosive atmosphere cannot be safely prevented and its ignition cannot be excluded, meas- ures must be adopted that limit the impact of an explosion to a negligible extent. The following precautions are possible: