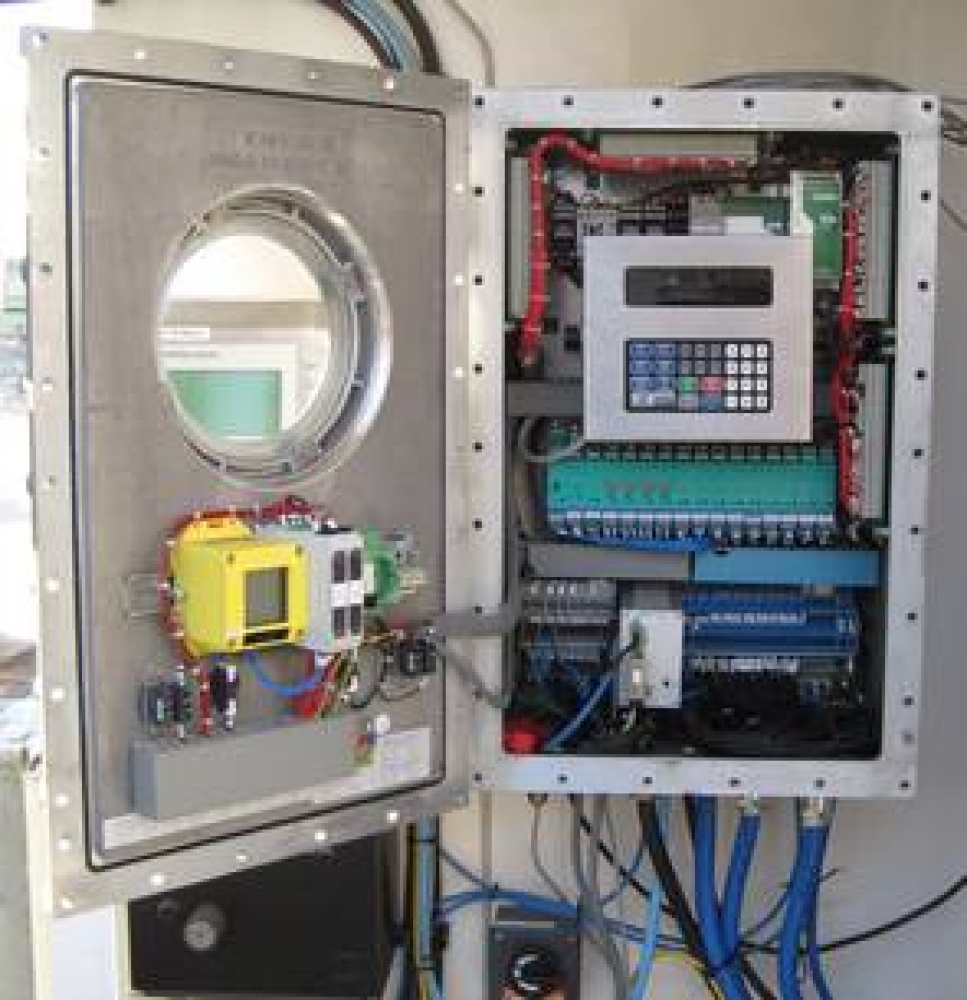 Whether sourcing Ex d flameproof equipment for offshore oil platforms or onshore petrochemicals plants, it is critical that end users and installers fully understand the implications of modifying these enclosures. It is important that end users fully appreciate what they are allowed to do with that Ex d enclosure so as not to invalidate the certification of the complete equipment.

The primary function of an Ex d enclosure is to prevent the propagation of an internal explosion to the surrounding explosive atmosphere, and protecting the internal components from the environment, humidity, dirt, dust or water.

With Ex d flameproof enclosures, it is critical that the flamepath is not damaged. The external enclosure of any flameproof electrical equipment is designed to withstand an internal explosion. The enclosure joints therefore permit and control the resulting expansion of flames and hot gases – as these are relieved through the joints, preventing that explosion transmitting through to the external atmosphere. The relevant European (EN 60079-1) and International standards (IEC 60079-1) in addition to EN/IEC 60079-0 “General Requirements” apply.

In Europe, manufacturers and end users have to consult two Directives: 94/9/EC covers equipment and protective systems intended for use in potentially explosive atmospheres (ATEX) and is for the manufacturers of the equipment. For end users, Directive 1999/92/EC “Risks from Explosive Atmospheres” (December 1999) outlines and harmonises the minimum requirements for improving the safety and health protection of workers potentially at risk from explosive atmospheres.

Common pitfalls
Increasing awareness of relevant standards and education are fundamental. Mistakes occur due to a variety of reasons, for example, lack of knowledge or inexperience. One of the most common mistakes made by end users and installers is to drill new cable gland entries into an Ex d enclosure after or prior to installation.

If space allows, an end user may decide to fit additional components into the enclosure such as a switch or a component with relevant power loss. This type of modification can affect the temperature class rating of the equipment’s enclosure or could lead to the overheating of other components inside the box, which in turn, may result in component failure or give rise to an ignition source. In addition, these modifications could also weaken the mechanical integrity of the enclosure or lead to altered flame propagation within the enclosure, resulting in excess of the maximum permitted reference pressures.

Also, the results of the flame transmission test performed during the EC-type examination procedure could be negatively affected and a possible internal ignition will not be safely controlled by the existing flameproof enclosure from the external explosive atmosphere. Therefore, according to Directive 2014/34/EU (94/9/EC), only the manufacturer shall carry out such modifications. If the modification is carried out by another party, without control of the quality management of the original manufacturer, the marking on the equipment is no longer valid.

Therefore, if any modifications are made to an Ex d enclosure and these are not within the responsibility and agreement of the equipment manufacturer, only two options exist:

* New EC-type examination certificate with new type label is the responsibility of the legal entity modifying the equipment, or
* The end user takes full responsibility which means they also become responsible for any subsequent failures of the enclosure that could lead to serious health and safety risks.
Other examples of modifying an Ex d enclosure include accidentally damaging the flameproof gap. When opening heavy enclosures, which typically involves unscrewing fasteners and lifting the cover, maintenance technicians must be careful not to inadvertently scratch or damage the flanges or threads. The cover should be lifted slowly and smoothly off the enclosure.

Painting problems
Painting an Ex d enclosure, particularly if paint gets in and around the flame gap, can adversely affect the certification. Also, screws that are painted over can prevent access to the box. As paint is typically non-conductive, this can also lead to electrostatic hazards and introducing a new ignition source.

Another common mistake when placing the cover back on an Ex d enclosure is to fasten the screws to the wrong torque or to forget to replace screws. This is particularly important on Ex d gas group IIC enclosures (including IIB + H2), where the tolerance of the flameproof gap is typically down to 0.1mm. It is critical that all screws are tightened to the correct torque as specified by the manufacturer. If this is not done, the cover can bend and lead to an uneven flame gap. Of course, the same problem remains for IIB and IIA enclosures.

With flame gaps, the impact of grease is also important. Often, there are misunderstandings amongst end users and installers about which greases should be used with an Ex d enclosure. In general, the grease that should be used is the one recommended by the manufacturer. The message is clear for all cases – if you are in doubt, consult the enclosure manufacturer for advice and guidance on grease selection. The grease recommended by the manufacturer will have been tested at the applicable ambient temperature range. Incorrectly selected grease may harden at low temperatures or may turn into an adhesive at higher ambient temperatures.

After an Ex d enclosure has been installed correctly, EN/IEC 60079-17 outlines the principles that the operator should adhere to in terms of maintenance (inspection, service and repair) of the equipment, including advice on the issue of safe work permits.

For all Ex d equipment, thermal tests are conducted to determine the maximum surface temperature of the complete equipment (enclosure and inbuilt parts) under maximum service conditions with a safety margin added. Additional thermal endurance of heat and cold (non-metallic enclosures or parts of enclosures) are tested and impact tests are always carried out on critical parts. The tests above or definitions made to prevent an electrostatic ignition source from becoming effective, are also performed.

For Ex d enclosures (EN/IEC 60079-1) additional tests that are normally carried out involve Reference Pressure, Overpressure and Flame Transmission. Additional tests are necessary, for example, for light transmitting parts made from glass or breather plugs.

Following overpressure tests, the enclosure is also subjected to a series of flame transmission tests, using a similar explosive mixture of gases as before. The enclosure is also placed in an explosive atmosphere. When the internal explosive mixture is ignited, it is not permitted for this to transmit through the flameproof joints to the outer external atmosphere. Flame propagation depends on the upper ambient temperature of the enclosure/equipment and on the internal geometry. When exceeding the given ambient temperature range stated by the manufacturer, the equipment will typically no longer be safe. The same is true for the mechanical integrity of the enclosure when exceeding the lower ambient temperature. Modifying the internal dimensions, especially when reducing the cross-sectional area, will have a similar result.

For enclosures that have an ambient temperature range higher or lower than -20 deg C to +40 deg C, the reference pressure overpressure and flame transmission tests may be conducted at the extremes of low and high ambient specified by the manufacturer.
Sometimes, complete Ex d assemblies are put onto the market with only a 'U' at the end of the certificate number. This is not permitted because this shows that only the empty enclosure has been certified, not the complete assembly. Typically, the temperature class is not shown on the type label because the heat loss of inbuilt components is not known by the manufacturer of an empty Ex d enclosure.

Conclusion
Before starting any work on an Ex d enclosure, end users and installers should first ensure that they understand and recognise the relevant standards and read the instruction manual provided by the manufacturer. If unsure, always buy complete Exd equipment from the company that owns the certification.